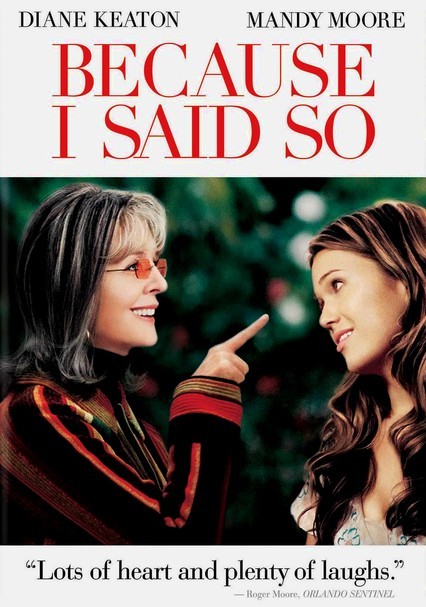 2007 PG-13 1h 42m DVD
In an effort to prevent family history from repeating itself, meddlesome mom Daphne Wilder attempts to set up her youngest daughter, Milly, with Mr. Right. Meanwhile, her other daughters try to keep their mom's good intentions under control.

Parents need to know that kids under 14 (even big Mandy Moore fans) probably won't be interested in this flat, unoriginal romantic comedy. The film's humor is based on a very tired stereotype: the aggressively interfering mother. Her interest in her youngest daughter's love life leads to silly jokes, sexual imagery (women appear in their underwear, some kissing, a brief montage shows one woman with two different partners), and innuendo (including discussion about -- and re-enactment of -- orgasms). Very mild language for PG-13 ("ass," "damn it") and some tame social drinking.

Mother and daughters appear in underwear in locker room (their bottoms appear in close-up and they discuss thongs), subtitled references to Daphne's need for a "stiff one" and "poofter" Daphne watches porn Web site (sounds are explicit; imagery is not); dog humps stool; reference to "woody" discussion of orgasm (with daughter acting out what it's like for her mother); some cleavage; Daphne worries that an unbuttoned dress shows that her daughter is "asking for it" non-explicit montage of sex scenes (Milly with two men); little boy says "gina" (for vagina) and "penis" kissing/making out between Daphne and Joe, who later appear in bed together.

Pratfalls (two involving cakes); suggestion that a suicidal patient jumps out a window (cake falls on the patient's head).

Mild language: "ass," "damn it," plus semi-joke about "Italian for 'late'" ("retardo") and several sexual innuendoes.

A mother berates her adult daughter and interferes in her dating life; sisters withhold information; Milly cheats on both boyfriends; boyfriends are alternately scheming, angry, and possessive.