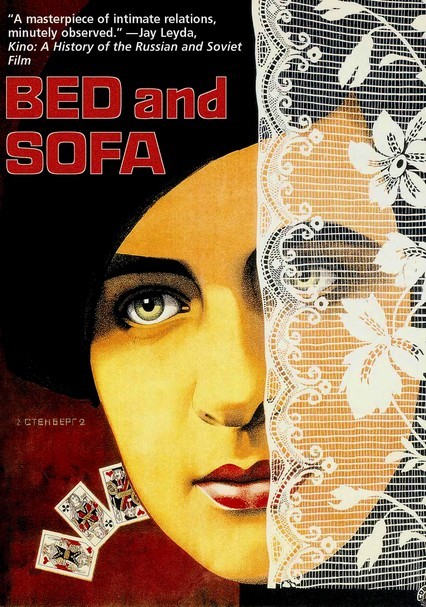 1925 NR 1h 55m DVD
This double feature of comedies from 1920s Soviet Union was shocking then and still thought-provoking now. Bed and Sofa chronicles a woman's confusion over two men with whom she shares a one-room basement apartment; when she discovers she's pregnant and doesn't know which of the men is the father, she faces some difficult decisions. Chess Fever details the inner workings of a chess tournament and one man's obsessive passion for the game.