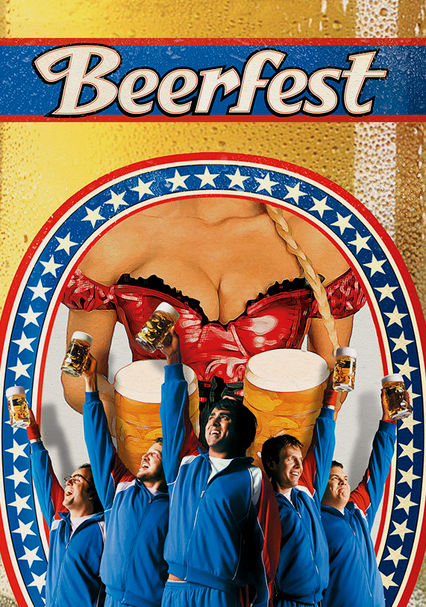 2006 UR 1h 56m DVD
During a trip to Germany to scatter their grandfather's ashes, German-American brothers Todd (Erik Stolhanske) and Jan (Paul Soter) discover Beerfest, the secret Olympics of downing stout, and want to enter the contest to defend their family's beer-guzzling honor. Their Old Country cousins sneer at the Yanks' chances, prompting the siblings to return to America to prepare for a showdown the following year.

Frequent sexual slang and shots of topless girls, as well as one shot of a man's naked bottom; Barry works as a street prostitute (charging money to "touch it," etc.) alongside a squeaky "gay" prostitute); fantasy and flashback sequences show Barry having raunchy sex; another lively sex scene in a barn; frequently expressed concern that Great Gam Gam is a whore; lab workers stimulate frogs to extract sperm (workers' heads bob, the ejaculate is green); simulated sex with a puppet; references to "BJs" and "HJs" Great Gam Gam "warms up" a sausage in a sexual way.

The film opens with a suicide; frequent slapstick/drunken violence (including competitors slapping and hitting each other); crowd chaos (running and falling); off-screen shootings; following a drinking bout, Barry appears naked and bloody next to a dead deer whose neck he has apparently ripped open (a reference to werewolf movies); murder by drowning in a beer vat.

Fierce beer-drinking competitions, topless girls, murder, and a broken marriage -- all contributing to the goal of abject drunkenness. Some jokes about Finklestein's Jewishness, and a mention of Barry's Indian background (connected to a "cowboy").

Beer and more beer (plus some other liquor and ram's urine-drinking); Finklestein smokes pot (and pot smoking pops up again later); cigars and cigarettes are smoked.