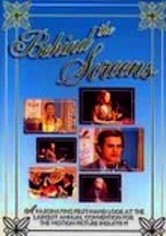 2006 NR 1h 26m DVD
The biggest annual convention for the motion picture industry, Las Vegas's ShoWest is a hotbed for major film promotion, marketing and big-name celebrity appearances. Reporters Kitt Pomidoro and Sarah Jane Woodall head to the desert for an inside look at this exclusive gathering of the Hollywood elite. High-powered theater vendors, studio heads and stars such as Matt Damon, Drew Barrymore and George Lucas are among the interviewees.