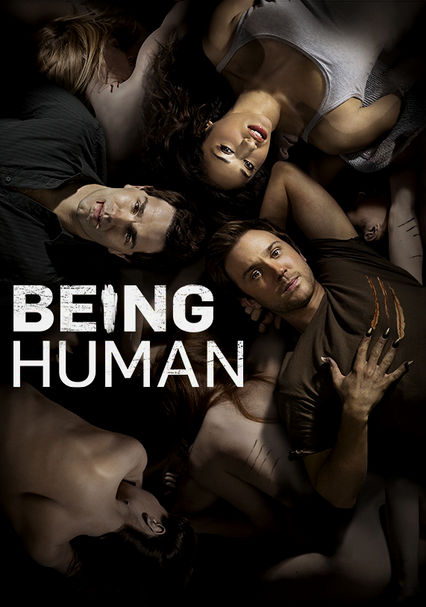 2011 NR 3 seasons
Boston roommates Aidan, Josh and Sally are your average twenty-somethings -- except that they're also a vampire, werewolf and ghost, respectively. All three struggle with their supernatural identities while trying to get by in the human world.

This spookily amusing remake of the original BBC horror drama follows the lives of three very distinct roommates: a vampire, a werewolf and a ghost. The three characters each face the challenge of passing themselves off as "ordinary" human beings.

Despite their attempts at carrying on a normal existence, Aidan, Sally and Josh give in to the temptations of their supernatural reality, and the three Boston roommates face grievous consequences for their actions.

As the third season of this supernatural drama unfolds, Aidan resurfaces from being "grounded" and finds the vampire community vastly changed. Meanwhile, Sally fights to return from limbo and Josh must deal with an ominous visitor.

Parents need to know that this horror-based dramady is heavy on violence and sexuality. The gore -- which includes murders and blood-sucking -- is somewhat tempered by the fact that it's committed by classic horror characters like vampires and werewolves. One character engages in multiple romantic encounters -- expect passionate sexual scenes that include some bare backs and implied nudity and often end in a bloody attack. Though the series may appeal to teens, it deals with themes of addiction, loneliness, and being an outsider in a decidedly adult manner.

Heavy sexuality and partial nudity (naked backs, upper torso, nude men with sensitive parts covered) especially as it relates to the vampires and their attacks upon young women. Like many takes on the vampire myth, the series weaves strong sexual themes into the blood lust of the creatures.

The series features vampires and werewolves as lead characters and their gory exploits are chronicled in detail that pushes the boundaries of basic cable. A great deal of blood is depicted and there is an element of sexual violence to the vampires' approach to their prey.

Use of gateway language such as "ass" and "hell."

Sends the message that everyone has deeply embedded human needs, from companionship to acceptance, and that despite some very powerful struggles, there is value in striving to be the best "human" one can be. Throughout these deeper messages are images of ghastly violence.

Occasional social drinking and smoking, but little drug use. The vampires are often depicted in such a way that their blood thirst is meant to suggest a heroin-like addiction.