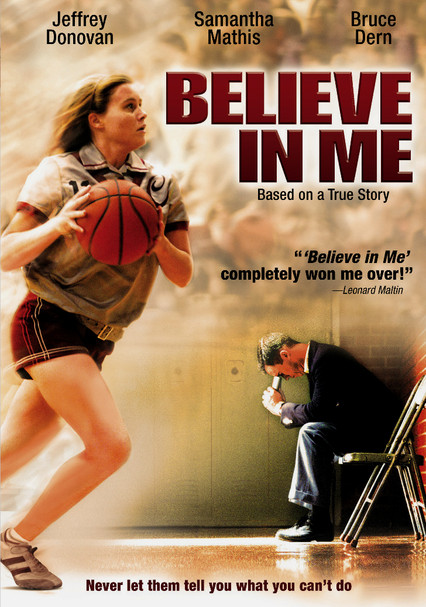 2006 PG 1h 48m DVD
After accepting a job to coach high school basketball, Clay Driscoll (Jeffrey Donovan) is disappointed to discover he's been assigned to the girls' team. But the harder he works his female players, the more he sees that they're just as capable of greatness. Samantha Mathis and Bruce Dern co-star in this small-town sports drama based on the true story of an Oklahoma coach who led his team to the state championships in the 1960s.

Parents need to know that this is one of the few films in the "inspiring sports drama" genre that deals with female athletes. Battling the sexist double standard that girls' teams don't matter as much as boys' is the movie's central theme. Based on a true story, the film is set in 1960s Oklahoma; men, particularly fathers, are depicted as having complete authority. One of the teenage athletes elopes and has a baby. At first it's a big scandal, but she's eventually accepted and let back on the team. Adoption is discussed as being a peculiar, uncommon occurrence.

Mild kissing between the coach and his wife; a high-school student elopes and gets pregnant (causing scandal). In a brief locker room scene, a girl is shown in her bra.

The Lady Cyclones get into an on-court fight with another team, and the girls punch, wrestle, and pull each other's hair. A father forces his daughter off the team by physically dragging her away.

About as clean as a live-action film can get: one instance of "ass," and mild utterances of frustration like "doggonit!"

The overlooked girls' basketball team realizes that they can -- and should -- play as competitively as their male counterparts. Coach Driscoll goes from grumbling about coaching girls to preferring it. The girls demand to be treated just like the boy athletes and command the respect and loyalty of their school and town.