Benjamin Franklin: Citizen of the World 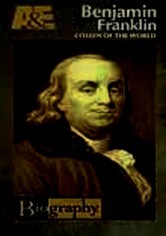 Benjamin Franklin: Citizen of the World

1994 NR 0h 50m DVD
A true Renaissance man of his time, Benjamin Franklin not only played an integral role in creating the Declaration of Independence and the Constitution, he discovered electricity, invented swim fins and authored &NFiPoor Richard's Almanac&NFi_;. Levelheaded leadership and sharp wit resulted in his gaining international respect and admiration. This biography explores the man's remarkable life through interviews, archives and Franklin's personal writings.