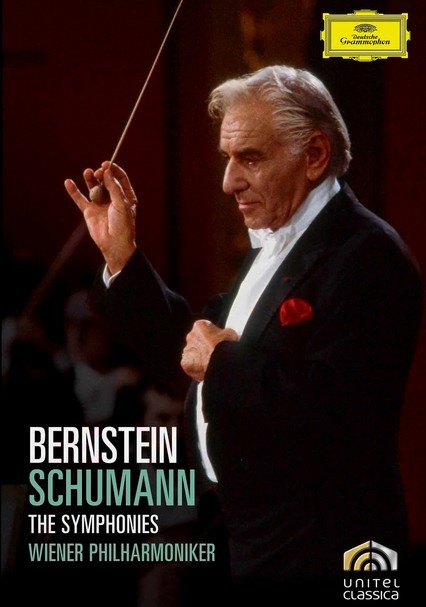 1984 NR 2h 33m DVD
Conducting the Vienna Philharmonic, 20th-century American composer Leonard Bernstein presents all four of the remarkable symphonies penned by 19th-century German composer Robert Schumann, who was also an influential music critic. One of the most popular composers of his era, Schumann hoped to become a virtuoso pianist, but a hand injury prevented him from realizing that dream and instead led him to composing.