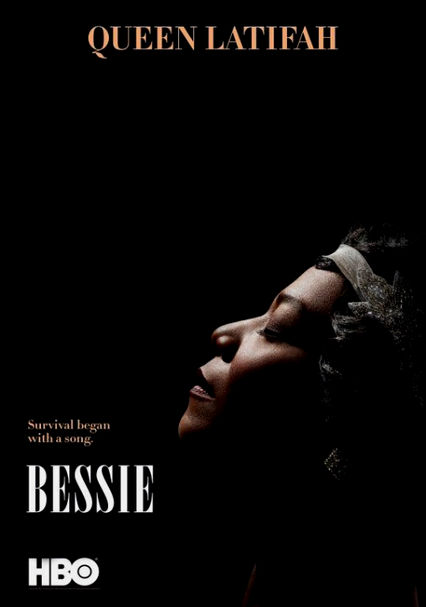 2015 TV-MA 2h 15m Blu-ray / DVD
Achieving a level of popularity previously unknown to blues musicians, Bessie Smith was not only an imposing performer, she was a major influence on generations of artists to come. This first-rate biopic charts her evolution from singer to star.

Parents need to know that Bessie, with its tour-de-force performance by Queen Latifah, is for mature audiences only. In telling the story of Bessie Smith, a dazzlingly talented blues singer of the 1920s and 1930s, the filmmakers successfully provide an in-depth portrait of the emotional volatility and the music of an African-American icon. Bessie's story is sometimes violent -- Bessie was never one to back away from a physical fight that might victimize her. It's often sexual, portraying both lesbian and heterosexual intimacy with partial nudity. And the film addresses Bessie's alcohol abuse and the racial politics of the era. Language is adult, with many instances and forms of "f--k," "s--t," and "c--k," as well "bitch," "ass," "hell," and "damn," among others. This award-winning musical drama was originally an HBO special event.

Sensuality, sexuality, and infidelity are important to the story. Leading character is bisexual. Lesbian and heterosexual sex scenes include: kissing, embracing, foreplay, and, in one instance, exuberant intercourse. Partial nudity, including bare breasts.

Numerous fistfights and scuffles, some prompted by women fending off male predators. A knife attack. Domestic rage and violence. Racist acts: Hooded white men threaten to set fire to a large tent filled with African-Americans; white men with rifles and shotguns shoot wildly at a passing train. Multiple flashbacks reveal a hysterical little girl who is frightened and furious at an unseen, punishing adult.

Shows that, despite a traumatic childhood, an early volatile lifestyle, and being a victim of racism, it's possible to achieve success and happiness. Recognizes the importance of loyalty, unconditional love, and unyielding support. Presents a vivid picture of both overt and concealed racism in early 20th-century America.

Pervasive drinking and drunkenness. Heroine becomes dependent on alcohol. Smoking throughout, including instances of what appears to be marijuana.