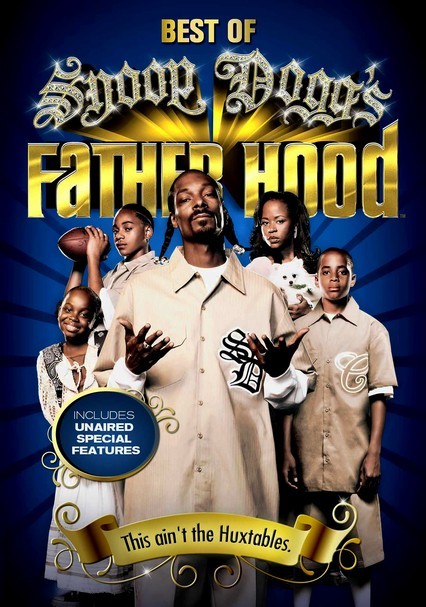 2007 NR 2h 56m DVD
Watch the most memorable moments from Seasons 1 and 2 in Snoop Dogg's reality series that captures the rapper's everyday life with his wife, Shante, and their three children. On stage he's a huge star, but on this show, Snoop is just another beleaguered dad. Like any parent, Snoop tries to juggle a thriving career and a busy home life with his kids -- athletic Corde, sassy Cori and rambunctious Cordell -- plus frequent visits from his buddies.

Parents need to know that this reality series centers on the family life of controversial rap artist Snoop Dogg. While the family members clearly love one another, the series doesn't have many positive messages overall; making money, being famous, and material wealth are frequent discussion topics. And although he's usually mild-mannered, Snoop is sometimes sneaky and childish. Expect a lot of strong language, ranging from "damn" and "bitch" to stronger words (including liberal use of "f--k"), which are bleeped.

Some sexual innuendo, including references to "hot" women and sexual intercourse. Occasional discussions about breasts. A tween boy dresses up as a pimp.

Kids are often seen roughhousing with their father and each other, but it's in the spirit of fun. Snoop makes occasional references to being arrested.

Plenty of strong language, ranging from "damn," "piss," and "bitch" to frequent bleeped use of "s--t" and "f--k." Snoop often swears in front of his children.

The family seems close and committed to each other. The children sometimes misbehave; Shante is the family disciplinarian. Snoop sometimes engages in sneaky behavior, and he makes frequent references to having money and being famous. Cordell enjoys talking about money. In one episode, Cordell attempts to drive his father's car. The cast is primarily African-American.

The series is a promotional vehicle for Snoop Dogg; some of his music is heard in the background. Snoop's favorite restaurant, Roscoe's Chicken and Waffles, is prominently featured. Other locales -- like David Beckham's Soccer Academy and other restaurants -- are also featured.