Best of the Uncle Floyd Show 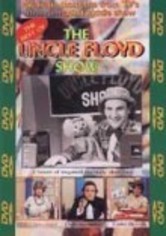 Best of the Uncle Floyd Show

1974 NR 2h 0m DVD
In the mid-1970s, Uncle Floyd Vivino livened up children's television with his bizarrely hilarious version of 1950s variety shows. His series caught on, and soon, viewers realized there was genius behind this surreal entertainment melding theatre with camp, improv with situation comedy, music with wacky choreography. It also boasted memorable characters such as Eddie Slobbo and Don Goomba, caught here in some of the best episodes from the show.