Bettie Page: The Girl in the Leopard Print Bikini 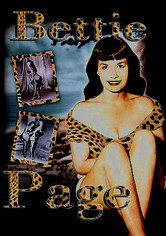 Bettie Page: The Girl in the Leopard Print Bikini

2004 NR 1h 0m DVD
There was always more to voluptuous 1950s pinup girl Bettie Page than met the eye (and quite a lot met the eye!). An early &NFiPlayboy&NFi_; centerfold, Page later became a bondage and fetish model and has found enduring fans as a kitschy icon lusted after by millions. This revealing (pun intended...) documentary tells her story -- from her small-town beginnings to her worldwide notoriety and subsequent retreat from fame.