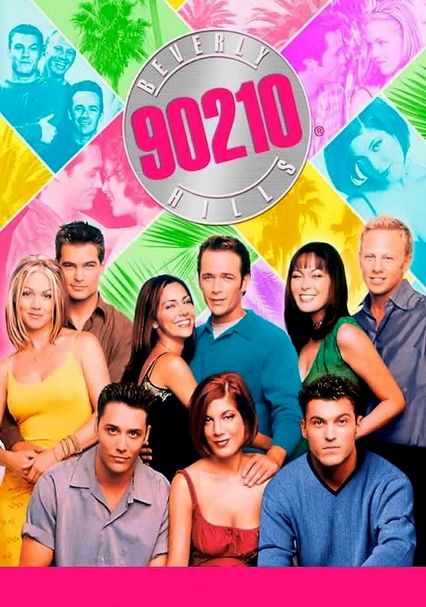 1990 TV-14 7 seasons
From West Beverly High to California University, follow a close group of friends -- including Minnesota transplants Brenda (Shannen Doherty) and Brandon Walsh (Jason Priestley) -- as they fall in and out of love, help each other through tough times and hang out at the local hot spots. A candid approach to real-life issues -- plus a constantly evolving cast of heartthrobs and hotties -- made the teen drama a perennial favorite for 10 seasons.

School gets much more complicated for the students of West Beverly High in the fast-moving second season of this groundbreaking teen drama series that glamorized an entire Southern California zip code. In the opener, Brenda (Shannen Doherty) -- suspecting that she may be pregnant -- turns to Kelly (Jennie Garth) for help. Meanwhile, Brandon (Jason Priestley) scores a summer job as a cabana boy at the ritzy Beverly Hills Beach Club.

Tiffani Thiessen joins the cast of America's favorite teen soap opera to help fill the void left by departed Shannen Doherty, who was written out of the show following the fourth season. Concerned about his substance abuse, the gang organizes an intervention for Dylan; racial violence erupts on the campus of California University; and the love triangle between Dylan, Brandon and Kelly threatens to cause a permanent rift within the group.

Dylan, Brandon, Kelly and the rest of the gang return for a sixth season of this phenomenally popular nighttime soap opera, continuing to come to grips with the ups and downs of becoming young adults and finding their way in the world. In this season, Dylan falls in love with the daughter of the man he believes killed his father; Donna's relationship with Ray takes a dark turn; and a beautiful occasion is marred by tragedy.

Despite the departure of one of the show's biggest stars, Luke Perry, this Emmy-nominated nighttime melodrama marches into its seventh season as Brandon, Kelly and the rest of the gang continue to plant their feet firmly in adulthood. In highlights from this season, the gang lends a hand to fight a series of brushfires; Donna's harassed by a stalker; and tragedy strikes at the Peach Pit After Dark.

Back for an eighth season, Kelly, David, Donna and the rest of the Peach Pit gang return, continuing to battle the trials and tribulations of life in one of America's most fabulously exclusive zip codes. In this season, two-time Oscar winner Hilary Swank joins the cast; Donna falls into a relationship with newcomer Noah (Vincent Young); and David has difficulty keeping afloat in the music business.

Things come full circle in the 10th and final season of this phenomenally successful show as fractured friendships mend, lifelong bonds receive new life, young families grow and relationships take the next step. In highlights from this season, Gina's true colors are revealed to the gang; Steve and Janet's relationship takes a serious turn; Dylan goes back to school; and David and Donna plan for a walk down the aisle.

Parents need to know that while producer Aaron Spelling's soapy 1990s teen melodrama was about as realistic in its depiction of everyday teen life as The Brady Bunch was back in the '70s, it did address some serious topics, including alcoholism, drug abuse, premarital sex, gambling, teen pregnancy, and teen suicide. Characters are constantly coping with the dramatic ups and downs of their friendships and romantic relationships. Many of them are wealthy, and few have strong or even positive relationships with their parents. Parents may want to preview before allowing young tweens and young teens to watch.

Frequent scenes of teens kissing and "making out." Frequent references to sexual activity. Discussions about teen pregnancy and sex are also featured, including discussions about virginity (particularly Donna's) and unexpected pregnancy (Andrea's). The episode in which Dylan and Brenda had sex for the first time was a big deal when it first aired.

Some of the plotlines feature characters surviving violent crime, including physical abuse, shooting, and rape. A character is murdered in a later season.

This series presents an unrealistic portrayal of teenagers, but it deals with the very real issues that teens face. Themes also include disparities between socioeconomic classes. The consequences of negative behaviors are sometimes not always discussed (or shown).

Many (but not all) of the characters are presented as wealthy, materialistic members of the upscale Beverly Hills community.

Teen cigarette use (accompanied by a clear discussion of their consequences). Alcohol and drug abuse (including steroids) are shown to have clear negative consequences. But the underage characters still do plenty of drinking outside the context of abuse.