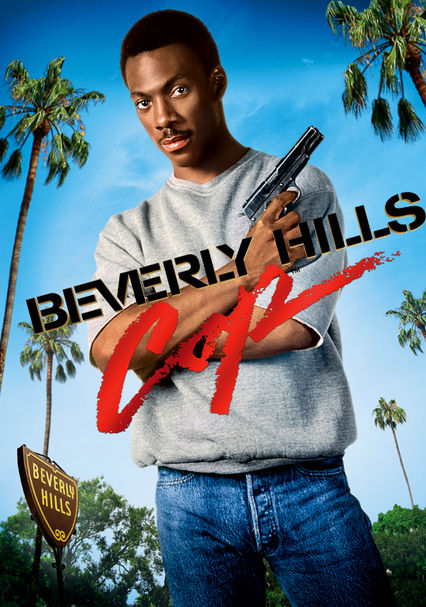 1984 R 1h 45m DVD
Tough-talking Detroit cop Axel Foley heads to the rarified world of Beverly Hills in his beat-up Chevy Nova to investigate a friend's murder. But soon, he realizes he's stumbled onto something much more complicated.

Parents need to know that this movie features young comedian Eddie Murphy at the height of his fast-talking and foulmouthed power. Much of what makes the film funny is his use of obscene or at least inappropriate language in a multitude of situations. While he is a cop, his character, Axel Foley, uses the "ends justify the means" approach to police work, and almost every scene involves him lying to various people in order to pursue his goal. Violence is not pervasive, but when it appears, it's rendered realistically -- fistfights leave marks and gunshots produce blood and/or death. Sex is not a major factor in the film, but there is a scene that takes place in a strip club that does feature female nudity.

The hero is an honest cop, but he disregards procedure.