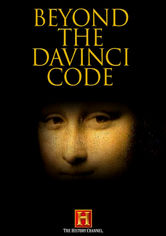 2005 NR 1h 30m DVD
This documentary examines the controversial views about Christianity posited in Dan Brown's novel "The Da Vinci Code." The film evaluates Brown's ideas, including the notion that the truth about Christ's life is encoded in da Vinci's masterworks.