Beyond the Valley of the Dolls 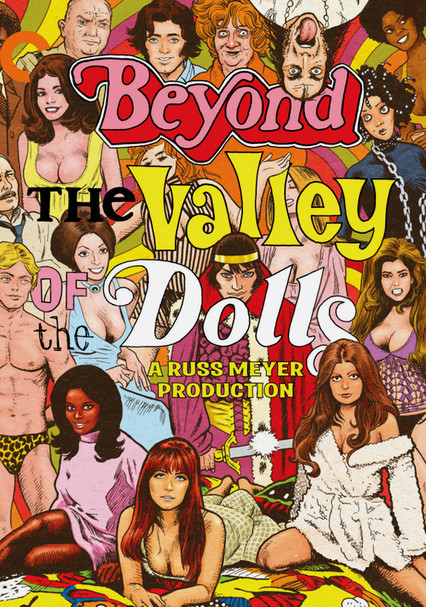 Beyond the Valley of the Dolls

1970 NC-17 1h 49m Blu-ray / DVD
Film critic Roger Ebert penned the screenplay for this Russ Meyer classic, which isn't so much a sequel to the original (based on the Jacqueline Susann novel) as an ebulliently vulgar remake. Chronicling the adventures of a trio of female rockers who find their way from the heartland to Hollywood, the film features all the Meyer staples: bountiful breasts, lesbian love scenes and drug-fueled descents into murder and madness.