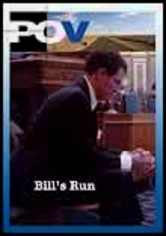 2004 NR 1h 0m DVD
When documentary filmmaker Richard Kassebaum learned that his younger brother, Bill, a rancher and country lawyer, had decided to run for the Kansas House of Representatives, he set out to chronicle Bill's campaign. This film follows his journey through the primary -- a comical and sometimes painful quest of quixotic proportions -- as he takes on the Republican incumbent and fights to preserve a lifestyle quickly disappearing from rural America.