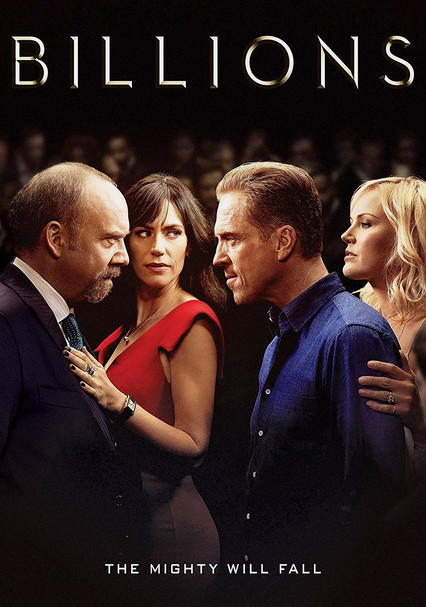 2016 TV-MA 4 seasons
Two driven men at the top of their professions -- famed financier Bobby "Axe" Axelrod and his nemesis, U.S. Attorney Chuck Rhoades -- square off in this engrossing drama set in the high-rolling world of corporate wealth and power.

Hedge-fund tycoon Bobby Axelrod has earned an intimidating reputation in the world of high finance. But he's also attracted the attention of U.S. Attorney Chuck Rhoades -- who's convinced that Axelrod's wealth is built on corrupt business practices.

The war between Chuck Rhoades and Bobby Axelrod intensifies as the financial stakes rise. Meanwhile, a new player arrives on the scene: tech billionaire Craig Heidecker, an innovative genius with an intense competitive streak.

Although Chuck Rhoades and his wife, Wendy, have finally reconciled, her work as Bobby Axelrod's performance coach not only puts her in danger, it puts the couple's marriage in jeopardy.

Former enemies Bobby Axelrod and Chuck Rhoades, and Wendy Rhoades, the chief counselor to each, have come together to form an uneasy but highly effective alliance, aimed at the eradication of all their rivals.