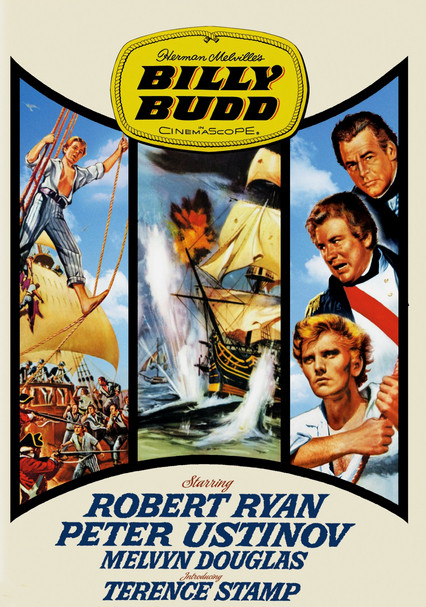 1962 NR 2h 3m DVD
Peter Ustinov directs this adaptation of Herman Melville's seafaring novel about young Billy Budd (Terence Stamp), who's forced to serve in the British navy during wartime. The naive Budd must prove himself to his fellow shipmates, but after an unfortunate incident, he winds up accused of murder. Ustinov does double duty by portraying the ship's captain. Melvyn Douglas, Robert Ryan and John Neville also star.