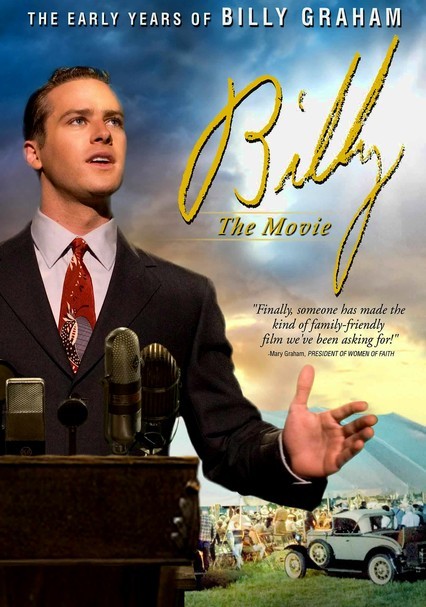 2008 PG 1h 38m DVD
Though the Rev. Billy Graham is world-renowned for being one of the most influential Christian preachers of the 20th century, very few know what drove him to build his spiritual empire -- this film tells that story. Growing up in the Depression era, Billy (Armie Hammer) follows his faith and battles his doubts during the journey that ultimately leads him to revolutionize modern-day evangelism. Martin Landau and Lindsay Wagner co-star.