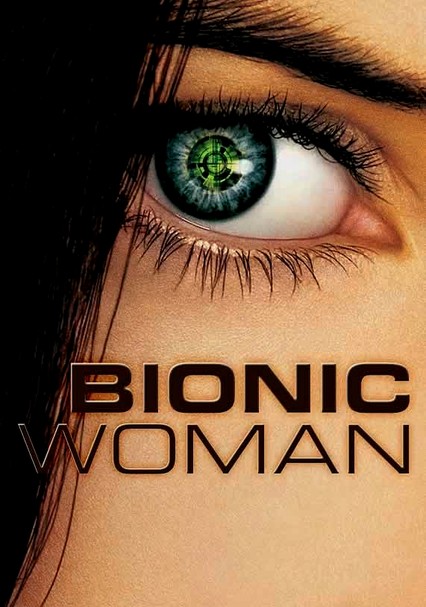 2007 TV-14 1 season
When Jaime Sommers is hit by a car, cutting-edge technology rebuilds her broken body, making it stronger than before. In exchange, she's enlisted to work for the secret government agency that saved her, a job that pushes her new body to its limits.

When Jaime is hit by a car, life as she knows it is over until a secret government project replaces her flesh and bones with bionic parts. Now Jaime must use her new superhuman abilities for the agency that saved her in this revamp of the 1970s show.

Parents need to know that this series is much darker and more intense than the 1970s version. The violence here is more graphic (including fights, car accidents, and more), the tone is bleaker, and the characters are more fully developed -- all of which makes the show more interesting for adults, but also more questionable for younger viewers. The main character's job as a bartender means that alcohol makes frequent appearances on screen.

Some kissing and implied sex (couples shown approaching bed and getting out), but nothing graphic happens onscreen.

Bionic-powered fight scenes look pretty intense but don't seem to cause much physical harm. But there are several other graphic scenes, including a very serious car accident and some disturbing amputation images. Other scenes include explosions, gun battles, and threats of torture.

The bionic woman was created by a shadowy military organization that appears to have its own mysterious agenda, including forcing her to become a secret agent. She didn't consent to the surgery and is rightfully upset about the new direction of her life, which she must conceal from the people around her. Jaime is the primary caretaker for her sister, a hostile teenager, and the two have an up-and-down relationship. On the plus side, Jaime is a strong, powerful female character.

Jaime works as a bartender and is often shown pouring drinks (as well as having some herself -- even to the point of drunkenness). Other social drinking. One of the villains smokes cigarettes. Jaime's sister gets in trouble at school for smoking pot in the bathroom (but this isn't shown).