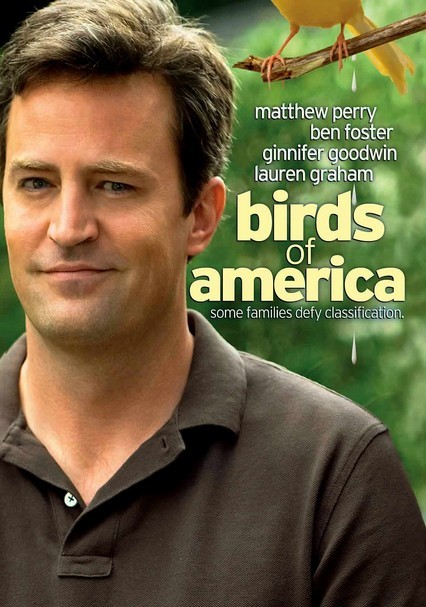 2008 R 1h 24m DVD
With his daffy neighbor (Hilary Swank) serving as his sole diversion from the daily grind, Morrie (Matthew Perry) feels stifled by his suburban existence. But circumstances change when he's forced to reconcile with his younger brother and sister (Ben Foster and Ginnifer Goodwin). They resented him as a surrogate father when they were growing up, but now their freewheeling ways could prove to be Morrie's salvation.

Parents need to know that themes of suicide, promiscuous sexual behavior, and drug use are tossed around rather casually in this straight-to-DVD dark comedy. One character has sex in the car with a hitchhiker and three siblings bond while smoking pot and drinking.

The F-word is used by Betty when she is angry. Morrie talks about his bowel problems using the s-word. Plus a sprinkling of other expletives.

Jay, Ida, and Morrie are all guilty of crossing publicly acceptable boundaries. Jay has "touched" (though not abused) a girl, Ida picks up guys and sleeps with them, Morrie relieves himself explicitly in the neighbor's yard. In the name of dark comedy, yes. But some might take offense.

Ida and Morrie share cigarettes. The whole family smokes a joint in a bonding scene. They also share alcohol. Ida gets drunk and engages in risky behavior.