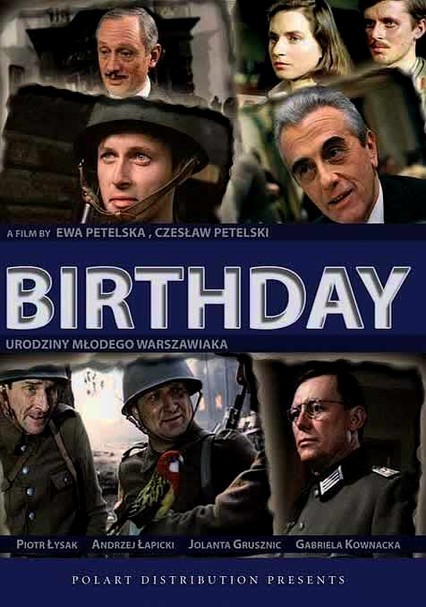 1980 NR 1h 36m DVD
Jerzy Bielecki (Piotr Lysak), a young Pole with plans to study at the Sorbonne in Paris, joins the resistance and participates in the Warsaw Uprising in this World War II epic. Told over the course of four of Bielecki's birthdays in the years 1938, 1939, 1943 and 1944, this film is adapted from screenwriter Jerzy Stefan Stawinski's autobiographical novel. Andrzej Lapicki c-ostars as Jerzy's father, Stanislaw.