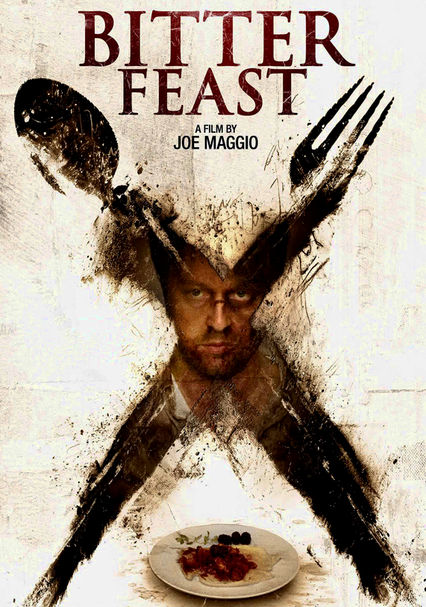 2010 NR 1h 41m DVD
Director Joe Maggio's deliciously nasty comic morsel stars James LeGros as Peter Gray, a self-absorbed celebrity chef who goes off the deep end when pompous but influential food blogger JT Franks (Joshua Leonard) posts a scathing review. After kidnapping JT and shackling him in the basement, Peter administers a series of tortures but soon finds that his victim is far from helpless. What ensues is an epic battle between two towering egos.