Bizarre Lust of a Sexual Deviant 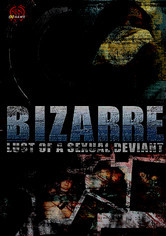 Bizarre Lust of a Sexual Deviant

2001 NR 1h 10m DVD
Lock the windows and bolt the doors for this terrifying thriller, which follows a brave young woman as she tries to stop a madman. A sexual deviant is on the loose in the big city, stalking women until he can grab an innocent victim, render her unconscious with chloroform and molest her. Only Angie knows his identity, and it's up to her to halt his murderous mayhem without becoming his next victim. Lisa A. Morrison and Jason Christ star.