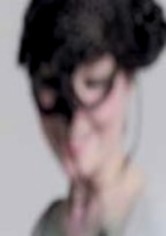 2004 NR 0h 50m DVD
Get a candid look at the making of Icelandic pop star Björk's 2004 "Medúlla" album, in which each song is built through the exclusive use of vocal tracks and features such vocal techniques as beat boxing, chorale arrangements and throat singing. The documentary also captures Björk collaborating with some of the album's guest performers, including Rahzel, Mike Patton, Inuit singer Tagaq and an Icelandic choir.