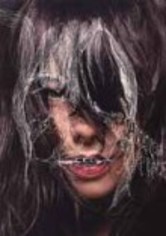 2001 NR 1h 0m DVD
Icelandic pop sensation Björk performs the song "Hidden Place," the opening track to her Grammy-nominated 2001 album "Vespertine," in this music video directed by cutting-edge artists Inez van Lamsweerde, Vinoodh Matadin and M/M. As enigmatic as the artist herself, the video features startling effects like nothing you've seen before. Also included are the tracks "Generous Palmstroke" and "Verandi."