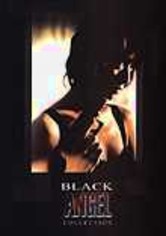 2002 NR 1h 45m DVD
The Black Angel (played by Yuki Amame in this version) flies again in this thrilling sequel. This time, she faces a difficult dilemma as she attempts to carry out a contract on a mob boss, who's being protected by Yamambe, a man she credits for saving her from being raped many years prior. To whom does the Black Angel owe her allegiance?