Black Belt: Last Revenge of the Dragon / Art of War 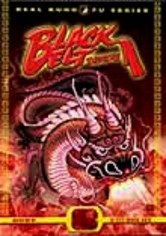 Black Belt: Last Revenge of the Dragon / Art of War

2004 NR 3h 0m DVD
Justice is the name of the game in this thrilling double feature of martial arts madness, part of the Black Belt Theatre series of classics. In Last Revenge of the Dragon, a warrior makes it his mission to settle a score. And in Art of War, an evil menace known as Moose Face finally gets his just rewards when three kung fu masters -- Crazy Sword, Queer Strikes and Blind Fist, under the tutelage of a guru named Mung -- go after him for good.