Black Dragon Collection: The Guy with the Secret of Kung Fu 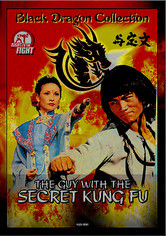 Black Dragon Collection: The Guy with the Secret of Kung Fu

1978 NR 1h 30m DVD
Fei Meng and Li Chung Chien star in this martial arts film about two fighters hired to destroy an emperor and his deadly Dragon Gang. After fending off a bunch of thugs intent on kidnapping a beautiful woman, the men are recruited to fight the brutal gang, including a giant man under a zombie-like spell. The heroes befriend a young woman who eventually shows them how to defeat the unstoppable giant. Nancy Yen and Cheng Fu Heng also star.