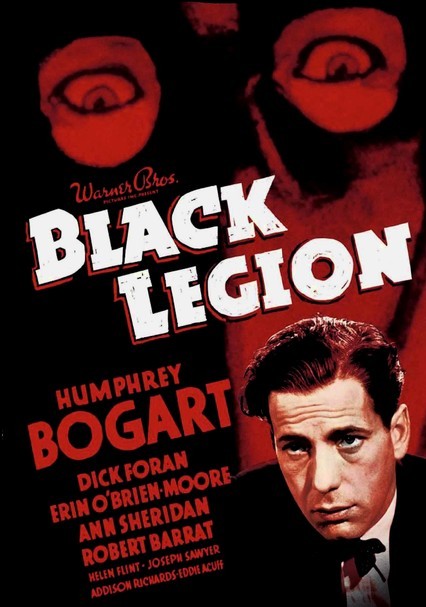 1937 NR 1h 23m DVD
Passed over for a promotion, disgruntled autoworker Frank Taylor (Humphrey Bogart) joins a white supremacist group hell-bent on terrorizing blacks and foreigners. As Frank's involvement deepens, so, too, does the pain he causes his family. Bogie, in one of his first starring roles, shines as the conflicted anti-hero in this hard-hitting melodrama, which also stars a fine Dick Foran as Frank's honorable best friend.