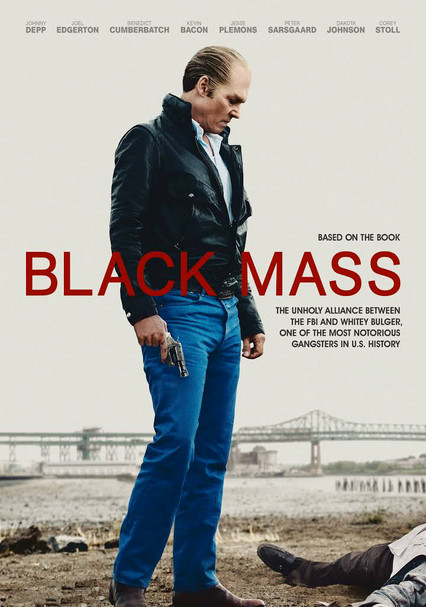 2015 R 2h 2m Blu-ray / DVD
This fact-based drama recounts the story of notorious Boston gangster "Whitey" Bulger, who turned FBI informant to get rid of his mob rivals. Later facing imminent indictment, he eluded authorities for more than 15 years, until his arrest in 2011.

Genres
Drama, Crime Dramas, Biographies, Dramas Based on the Book