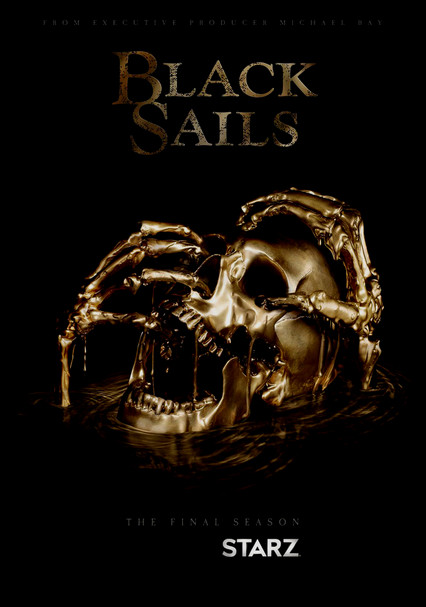 2014 TV-MA 4 seasons
Its population may be less than upright, but New Providence Island is home to pirate Capt. Flint, and he'll take on anyone who tries to claim it. In this series intended as a prequel to Treasure Island, that means no less than the British Empire.

Created as an action-packed prequel to the classic tale of Treasure Island, this ocean drama features Capt. Flint, the most feared pirate of his time. Among his ship's crew is a young man named John Silver, whose own swashbuckling destiny awaits him.

As this swashbuckling season opens, Flint and his crew find themselves stranded, with a legion of Spanish soldiers keeping them from looting the Urca de Lima's treasure. Tadhg Murphy joins the cast as Ned Low, a buccaneer with a taste for violence.

Capt. Flint's audacious buccaneering exploits increase his infamous reputation, but as he and his crew continue to plunder West Indies maritime treasure, he becomes a more hunted figure than ever.

In the series' dramatic final season, Capt. Flint leads John Silver and the rest of the crew into an all-out war with Britain's mighty navy, resulting in a showdown that could spell disaster for the buccaneers.

Parents need to know that Black Sails heads into choppy territory in terms of sexual content and language -- and it's pretty violent, too. That means you'll see full frontal female nudity, simulated multipartner sex, and characters involved in bisexual relationships. You'll also hear strong, unbleeped language (including crude terms like "c--t" and "p---y") and see bloody swordfights and explosive sea battles, along with characters who drink alcohol and use drugs like opium.

Though the crew has egalitarian aims, the mood is hardly peaceful. Power, greed, and duplicity are common themes.