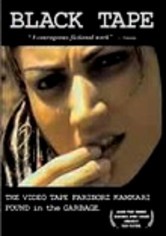 2002 NR 1h 25m DVD
Told entirely through footage captured on a video camera given to the film's protagonist, this intense Iranian drama tells the story of Goli (Shilan Rhamani), a Kurdish girl forced to marry a retired military officer. At first, the captured footage is happy (if absurd), but when Goli's husband discovers she's learned to read, it turns ugly. Soon, Goli is planning her escape, while her husband is taking steps to ensure she remains his prisoner.