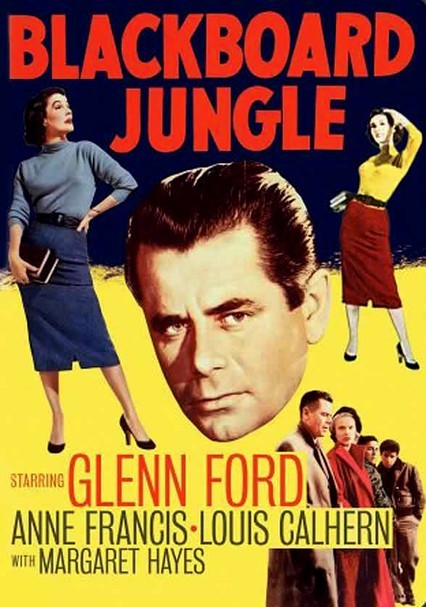 1955 NR 1h 41m DVD
Inner-city high school teacher Richard Dadier (Glenn Ford) struggles to maintain his idealism in this gritty drama set in the 1950s. The students drink, smoke, steal and cause mayhem, and two of Dadier's delinquents (Sidney Poitier and Vic Morrow) duke it out to be crowned leader of their classroom turf. This film was the first major motion picture with a rock 'n' roll soundtrack, which includes "Rock Around the Clock." Anne Francis costars.