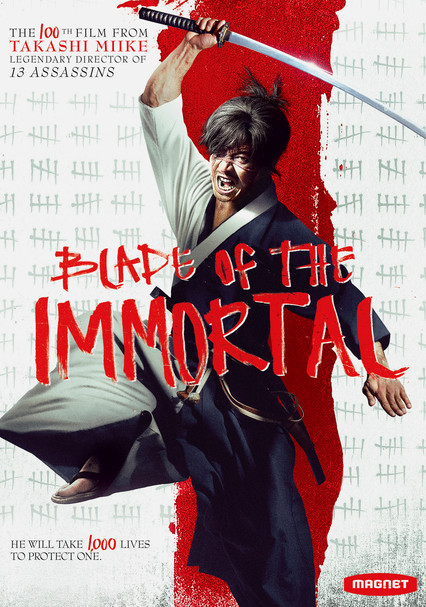 2017 R 2h 20m Blu-ray / DVD
In this swashbuckling tale based on a popular manga, skilled swordsman Manji becomes immortal when a nun heals him after a battle that ended in his sister's murder. Fifty years later, he agrees to avenge the slaying of another young girl's family.