Blade of the Vampire 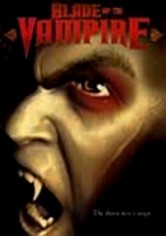 Blade of the Vampire

2005 R 1h 27m DVD
Hollywood is invaded by a true vampire -- bloodthirsty actors and cutthroat agents notwithstanding -- in this phantasmagorical thriller. The fiend lusts for the blood of street kids, and they're available in spades. He's not hiding, either, because he's ready, even craving, the limelight. But soon, the locals start to take offense at his headline-grabbing ways, setting the stage for a battle headed by a most unusual vampire killer.