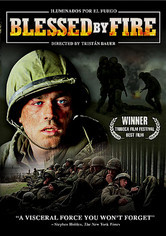 2005 NR 1h 40m DVD
When his friend and former infantry mate attempts to commit suicide, a veteran of the Falklands-Malvinas War (Gastón Pauls) recalls his harrowing experiences some 20 years earlier as a virtually untrained Argentinean soldier, fighting against British troops supported by NATO and the United States. Tristán Bauer directs this Tribeca Film Festival selection told largely through flashback and based on a soldier's memoirs.