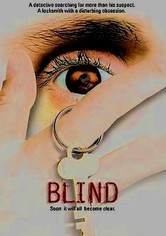 2004 R 1h 40m DVD
Richard Larson is a contented man. He has a great family and is respected by his peers for his impeccable track record as a police detective. But when he gets entangled in a strange case involving a serial killer, he's burdened with far more than the usual worry over trapping a killer. Night after night, Richard has visions of the victims meeting their gruesome end before the act even happens. Will he nab the perpetrator before he kills again?