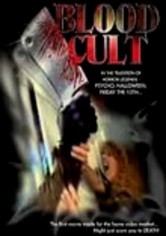 1985 NR 1h 29m DVD
Director Christopher Lewis delivers a gory horror gem that was banned from two college campuses in the Midwest when it first premiered and purports to be the first feature-length, direct-to-video movie. The action follows a group of female college coeds who are disappearing one by one, all so that their body parts can be used in satanic sacrifices. Juli Andelman, Charles Ellis and James Vance co-star.