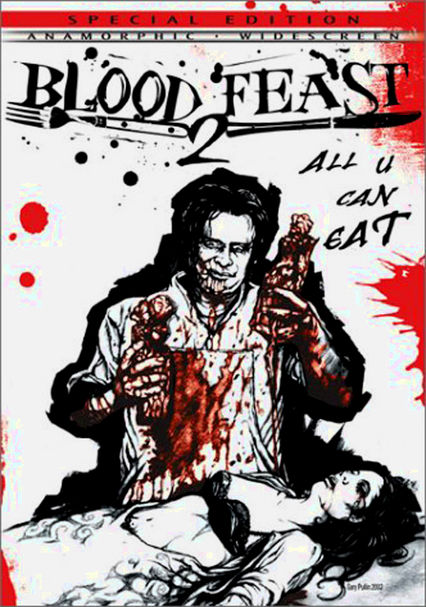 2002 NR 1h 40m DVD
Thirty-nine years after making his groundbreaking independent horror film Blood Feast, director Herschell Gordon Lewis returns with a sequel. This time around, Faud Ramses III (J.P. Delahoussaye) , the grandson of Blood Feast's protagonist, moves into his granddad's catering shop. It isn't long before Faud proves to be a chip off the old block, as he lures buxom young women into his lair and carves them up for sandwiches.