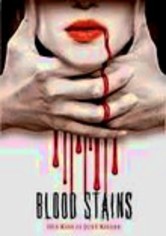 2005 NR 1h 34m DVD
In this chilling psychological thriller, a recent divorcée (Barbara Niven) finds out about a murder that happened in the very home she's just purchased, while her handsome neighbor seduces her to deadly distraction. Intrigued by her new house's history, Lauren turns detective to uncover details about the grisly crime. Her sleuthing leads her down a twisted path of paranoia when clues point to the man with whom she's become romantically involved.