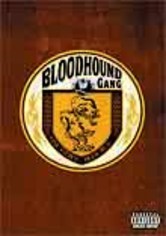 2003 NR 1h 30m DVD
Alternative punk-hip-hoppers the Bloodhound Gang are documented during their 1996-97 tour across the United States and Europe. A mixture of music videos and backstage, behind-the-scenes footage, this film provides a candid, up-close-and-personal look at the band, their roadies and their groupies, as they participate in rather disturbing antics. Note: Contains highly explicit content.