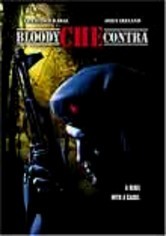 1968 PG-13 1h 29m DVD
This historical drama filmed in Italy gives full treatment to the last days of South American revolutionary Che Guevara. From his stronghold in the almost impenetrable Bolivian mountains, Che tries to escape army units -- backed by the CIA -- that are quickly closing in. John Ireland and Francisco Rabal star in director Paolo Heusch's gripping look at the influential leftist leader who remains an iconic political figure to this day.