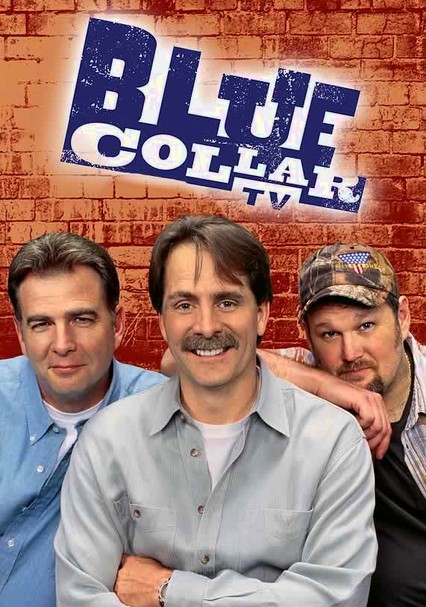 Inspired by the Blue Collar Comedy Tour headlined by comedians Jeff Foxworthy, Larry the Cable Guy and Bill Engvall, this show brings their sketch comedy genius to the small screen. No subject is taboo for the trio, who tackle stereotypes head-on.

Picking up where the popular Blue Collar Comedy Tour left off, this down-home TV series reunites funnymen Jeff Foxworthy, Larry the Cable Guy and Bill Engvall for a hilarious collection of sketch-comedy gems. Featuring a "word of the week" that ties the skits to a taboo theme, each show pokes fun at subjects that defy political correctness, including metrosexuals, rednecks, overweight people and dysfunctional families.

The boys of the Blue Collar Comedy Tour huddle up for a second season of laughs in this 1990s sketch comedy show that capitalizes on their folksiness. Highlights include the skit "CSI: Greater Greensboro Tri-Area" and the mock game show "Hug or Hit."

Parents need to know that stereotypes abound in almost every episode, from making fun of rednecks to mocking "white trash." Other things to keep an eye out for are some mild language, innuendo, and social drinking.

Some sexual innuendo in both the stand-up and sketch portions of the program.

In one episode, the cast goes hunting, but viewers don't see animals get shot.

Cast members use words like "turd" and "son of a bitch."