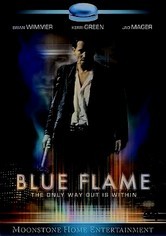 1993 R 1h 30m DVD
Ian Buchanan is Flemming, a husband who grows estranged from his wife when their daughter disappears in a Los Angeles set in the distant future. He suspects an extra-terrestrial couple has somehow manipulated Flemming's secret wishes and found a way to abduct her, but he can't be certain until he finds them. As the clock ticks, he realizes he wants to stay married, but until he manages to find his child, he and his wife have no future together.