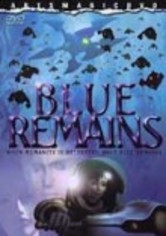 2004 NR 1h 17m DVD
Decades after Earth is destroyed by nuclear war, two scientists return from space to plant a genetic code necessary to revive the planet. But to save the world, their daughter must remain in cryosleep until these seeds of life are ready for harvest. Upon awakening, the girl becomes the target of the dangerous Glyptofane force that wants to destroy her -- and humanity -- in this computer animated film with an environmental theme.