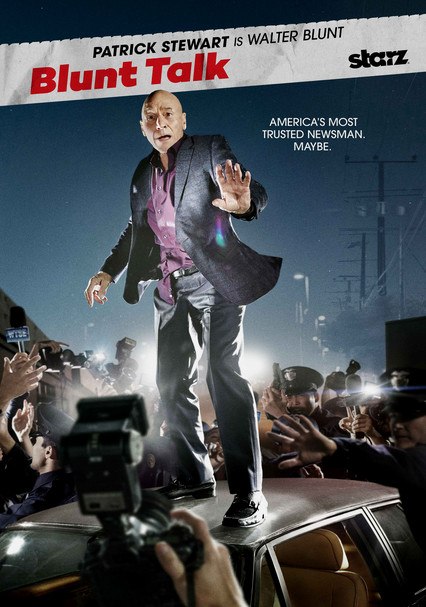 2015 TV-MA 1 season
British newscaster Walter Blunt thinks he can teach the Yanks a thing or two, and he's found a platform to do it from: an interview show on American cable TV. But life across the pond proves challenging for Blunt -- and his elbow-bending manservant.

What seemed like a brilliant idea -- signing on as host of an American interview show -- begins to seem less so when British newsman Walter Blunt finds himself beset by network brass and a less-than-stellar staff on the ground in Los Angeles.