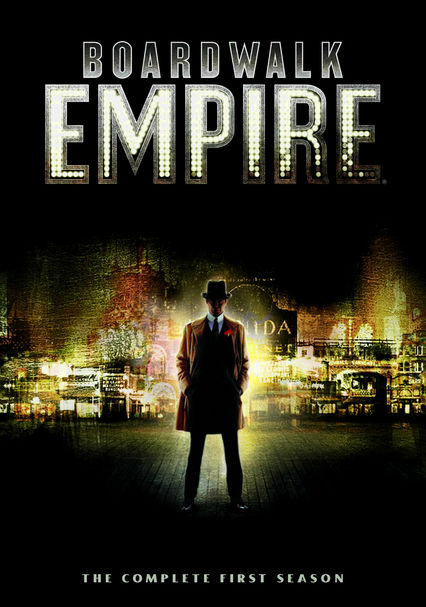 2010 TV-MA 5 discs
As Atlantic City's treasurer at the dawn of Prohibition, Nucky Thompson (Steve Buscemi) attempts to exploit his political clout and underworld ties to become the region's booze baron, which places him at odds with fierce competitors, the feds and his former protégé (Michael Pitt). This Golden Globe-winning HBO drama series also stars Michael Shannon as G-man Van Alden and Shea Whigham as the town sheriff and Nucky's brother.

Parents need to know that HBO's mature period drama focuses on an Atlantic City mob boss during Prohibition, when making alcohol illegal created a booming business in smuggling. So not only do people drink frequently on the series, but much of the story revolves around making, transporting, and selling alcohol as well. The characters are quick to anger and not above-double crossing each other, and there's plenty of graphic violence when deals go bad (including people getting badly beaten and being shot in the head on screen). They're a rough and dangerous crowd: They smoke, swear constantly, and have sex (sometimes loudly, with full-frontal nudity).

Mobsters threaten -- and sometimes kill -- people with guns or just beat them with their bare hands. People get shot in the head at close range, on-screen, and/or get pummeled severely. Some scenes of domestic violence, with husbands beating their wives.

The mobsters in this period drama make their own luck, whether that means heisting a shipment of liquor when the opportunity arises or cheating anyone foolish enough to do business with them. The established mob bosses and the younger thugs are all on the make and will double-cross anyone to make a buck if they think they can get away with it.

The series takes place during Prohibition, so there are many scenes that show people smuggling and consuming liquor. Some people get quite drunk. Characters also smoke frequently, which is accurate for the period.