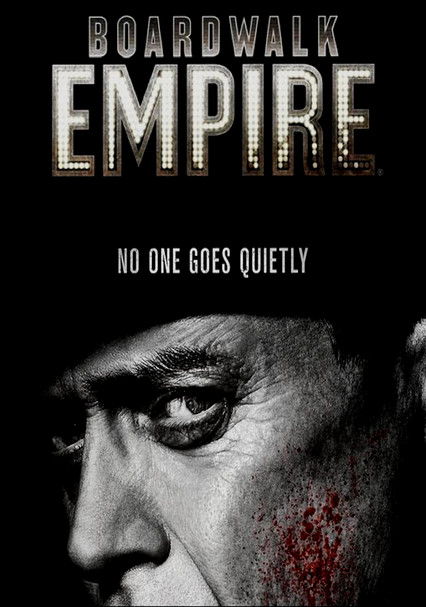 2010 TV-MA 5 seasons
Inspired by real events, HBO's robust drama chronicles the advent of Atlantic City and the Prohibition-era kingpins who made it a haven for drinking and gambling, including corrupt politician Nucky Thompson and mobsters Arnold Rothstein and Al Capone.

As Atlantic City's treasurer at the dawn of Prohibition, Nucky Thompson (Steve Buscemi) attempts to exploit his political clout and underworld ties to become the region's booze baron, which places him at odds with fierce competitors, the feds and his former protégé (Michael Pitt). This Golden Globe-winning HBO drama series also stars Michael Shannon as G-man Van Alden and Shea Whigham as the town sheriff and Nucky's brother.

Anchored in the seamy atmosphere of Atlantic City during the Prohibition years, this HBO historical drama follows politico Nucky Thompson (Steve Buscemi) as he gathers a general's share of the illicit bootlegging wealth and power that come up for grabs.

The third season of this critically acclaimed drama concerning the historically inspired personalities of Prohibition-era Atlantic City finds the bootlegging trade becoming even more violent than it used to be.

A doctor of divinity and a ladies' man who befriends Gillian are among the new characters to hit the Boardwalk in Season 4 of this period drama. Meanwhile, Nucky's mob connections and sumptuous lifestyle continue to draw the attention of the feds.

In the final season, Nucky's attempt to establish a network in Cuba ends catastrophically. Meanwhile, Eli is exiled in Chicago, Chalky is serving a sentence on a chain gang, and Charlie and Meyer want to seize an opportunity to take Atlantic City.